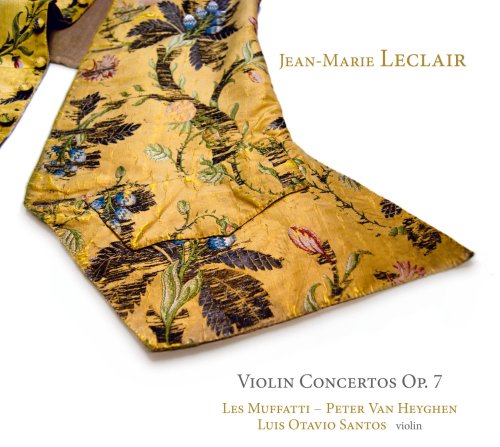 When Jean-Marie Leclair published his Fourth Book of Sonatas for violin and basso continuo at the age of 46, he was at the height of his career as a violinist and composer. The twelve sonatas flawlessly exemplify his maturity and his capacities both as a musician and as a composer. In its harmonic complexity and in the extreme technical intricacy of the violin part the collection royally surpasses the three previous books. The music of the Fourth Bookis very emotional, showing a pronounced expressive subjectivity, almost in a Romantic sense, incorporating surprising twists in the melodic line, sudden modulations and broken cadences. The mood in the slow movements seems on occasion nearly impenetrable and anticipates at times the expressive ambiance of nineteenth-century repertoire. This style of writing might be rooted in Leclair’s character, which was described by his contemporaries as difficult, reserved, evasive of companionship and almost misanthropic. The compositions testify to a superior level of musicianship and lead one to believe that Leclair worked on them in several stages: between the first announcement of the Fourth Book in the Mercure de France and the actual publication of the pieces six years passed, during which Leclair lived in Amsterdam and The Hague. In this period, he had frequent contact with the Italian violinist Pietro Locatelli and certainly took advantage of the breathtaking technique of this virtuoso. The French style, which so evidently dominated the First Book of Sonatas, is completely dissolved in the Italianate writing of this compilation, even in the dance movements. Like no other composer, Leclair imposed the Italian style in France. He was the first to blend the great art of the Italian violin virtuosi (with models such as Corelli’s sonatas or Vivaldi’s concertos) with the French tradition. Despite strong opposition from aesthetic purists such as Hubert Le Blanc (Défense de la basse de viole), he revolutionized French musical tastes with his distinctive approach and laid the foundations for the French violin school, represented and developed by musicians such as Guillemain, Mondonville, Gaviniès, Rode and Kreutzer in the course of the eighteenth century.