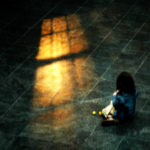 Naples, busy achieving political independence, embarked on a considerable artistic flight in the XVIIth  century, acquiring pre-eminence in the field of musical creativity in Italy, and overschadowing other cities such as Rome and Venice.

The demand for music from all the Neapolitan institutions, churches and theaters, together with the quality expected, encouraged the founding of genuine musical conservatori. This program spans several generations of composers, all of whom were either a teacher or student at one or other of the Neapolitan conservatoria.

Leonardo Leo was one of the most important Neapolitan composers of oratorios and operas. An organist at the court, he spent a good part of his career there. The oratorio Santa Elena al Calvario (1734, text by Metastasio) represents the summit of his career.

Among the composers featured in this program, Emanuele Barbella is the least known today. A prominent student of Leonardo Leo, he was celebrated from London to Paris at the time, where dozens of his works were published. His musical language is formed from Neapolitan elements: striking thematic and dynamic contrasts, surprising harmonies, and multiple chromatic shifts.

Francesco Durante was perhaps the most renowned Neapolitan composer of the period. An extensive body of religious works, vocal duets, keyboard music and several concertos in a mixed style, many of which include virtuoso and lyrical passages, have survived.

Alessandro Scarlatti worked in Naples for many years. The three-movement overture is typical of his writing, and it was undoubtedly his influence that standardised the “Italian overture” form for the next generation.

Giovanni Battista Pergolesi composed his Stabat Mater, one of the greatest masterpieces of the baroque period, in 1735. It is one of the most poignant settings of this 13th century poem, composed in a very controlled and chastened style, perfectly in keeping with its tragic text.