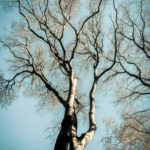 Liebster Jesu, mein Verlangen (BWV 32) belongs to Johann Sebastian Bach’s third cantata cycle, written in Leipzig in 1726. As was the case with many works written from the beginning of the XVIIth century, it takes the form — then very popular — of a dialogue between the voice of Christ and the human spirit. The exceptionally beautiful opening movement of the cantata could serve perfectly as the slow movement from an oboe concerto.

The work, which recounts and paraphrases the story of Jesus in the temple, is introduced by three solo episodes. It is only in the second half of the cantata that the two characters enter into a dialogue with each other. The themes of abandonment by God, and his subsequent consolation, are counterposed throughout the entire piece.

Bach had set texts by the librettist, Georg Christian Lehms, almost a dozen times previously. Lehms, who was poet and (chiefly) librarian at the court in Darmstadt, wrote a great many cantata texts for the most important composer active there, Christoph Graupner. Among the 1400 cantatas by Graupner that have survived (an absolute record) Wo willst du hin betrübte Seele (1709) would seem to be the ideal reflection of Bach’s work, both in terms of the setting, which is exactly the same, and its narrative form, also one of a dialogue between Jesus and the spirit.

Finally, an oboe concerto by Graupner and Bach’s third orchestral suite, in its seemingly original version for strings alone, form a framework for the two cantatas.